A winemaking family of ancient Greek origins, the Palamà’s are also beloved and accomplished restaurateurs, icons in their hometown of Curtofiano, just south of Lecce. For 70 years, they only sold their wines in their own restaurant – until Small Vineyards came knocking at the door. Today, the winemakers are Ninì Palamà - son of Arcangelo, and a gregarious, larger than life character – and his son, Michele. Every year, even coming from one of Italy’s warmest climates, their wines provide a study in poise and restraint. With a backbone of Negroamaro and Primitivo, they are of course full-bodied, intense and unctuous, but thanks to a watchful eye, the wines are never overripe, with low alcohol (for the region) and carefully measured tannins. In many ways, the wines of Palamà capture the power of Italy’s south, together with the elegance of the north.

Centered on the Salento Peninsula, Nini’s 18 hectares of vines lie less than 1 hour from 3 different seas (the Adriatic, Ionic and Mediterranean), and the lifestyle is warm and relaxed. A far throw from places like Tuscany and Piedmont, Puglia is home to fishing villages, Greek ruins, and azure waters as far as the eye can see. All around are sub-tropical flora such as cacti, fig and persimmon trees, and the local, agro dolce cuisine reflects the multi-cultural (including Spanish and Phonecian) origins of this slow-paced paradise. Food pairings need not be complicated. Together with one of their wines, for example, something as simple as an oil-cured olive or sundried tomato can awaken the palate and make it sing! In addition, one thing we love about Palamà’s reds is their ability to pair as readily with seafood as with meat. In a maritime community such as theirs, it’s just as common to see Negroamaro paired with octopus or scampi as with pizza, or Primitivo served with char-grilled tuna over lamb. 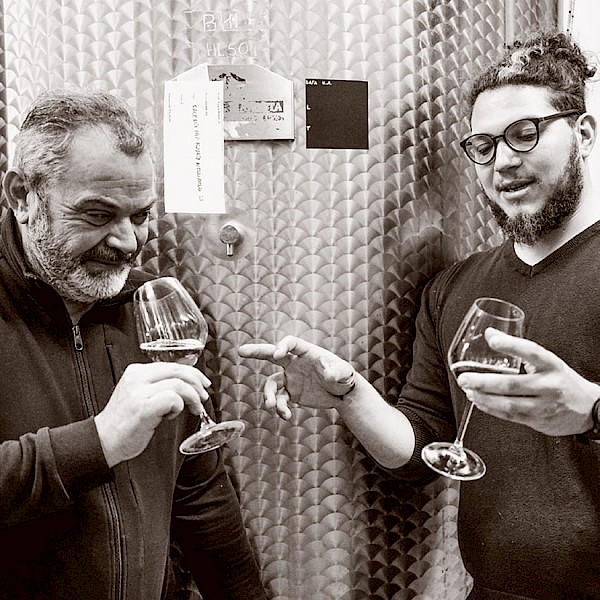 Enologist
Teodosio d'Apolito
Grapes Grown by Winery
Malvasia Nera, Negroamaro, Primitivo, Verdeca
Vineyard Size
18.0 ha
Winemaker
Nini and Michele Palamà
Winemaker Biography
Surrounded by three seas, father and son Nini and Michele work side by side on the Salento Peninsula, the sun-drenched heel of the Italian boot. As they could achieve ripe fruit in their sleep, the family’s real artform lies in control – watching, waiting, and harvesting before grapes overripen, allowing them instead to showcase Puglia’s spectacular terroir.
Winemaker Generation
3rd and 4th 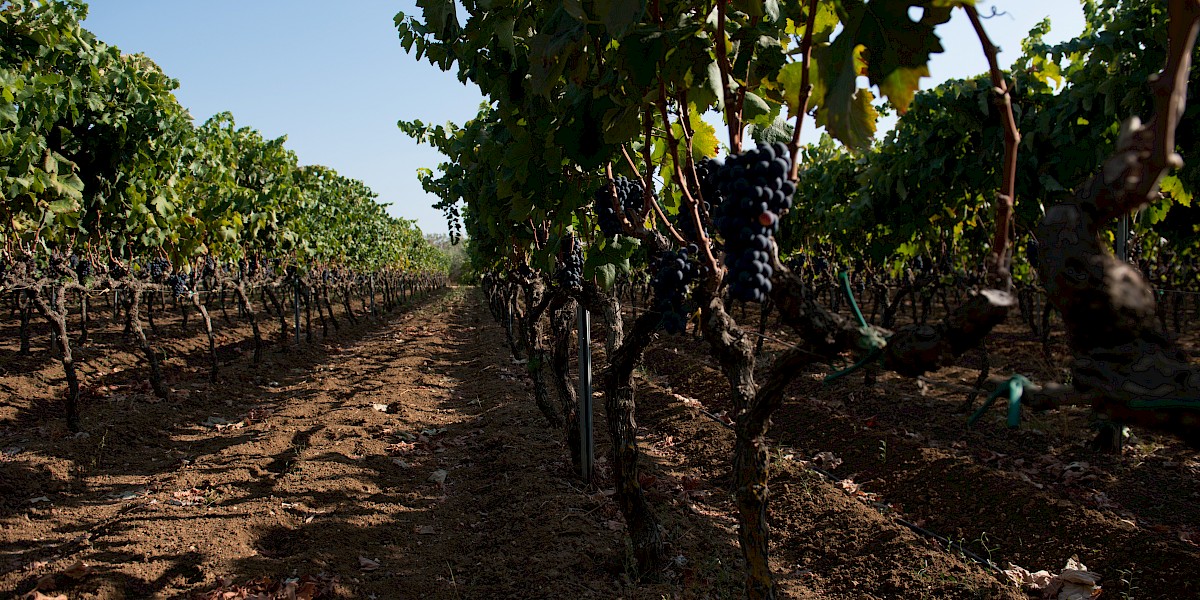 From larger-than-life winemaker Ninì Palamà comes this powerfully built, yet enchantingly elegant Negroamaro named for Ninì’s father and mentor, Arcangelo. This vibrant Negroamaro from Salento is at the cutting edge of Puglian winemaking today. Clean, yet not stripped of character, it boasts layered aromas of steeped spices. A fantastic value, we would humbly place this wine amongst the best, most expressive, fresh-style wines from southern Italy.

Palamà is a small estate in a sea of gigantic producers – a speck of an island on the Salento Peninsula – and they would have it no other way. With perhaps the lowest yields in the entire appellation, Palamà is committed to the highest quality “everyday” wines that can be produced, without the fuss of new oak, just ripe, fresh, powerful fruit. His Primitivo is a delight; lush, yet bright and approachable, with notes of dark anise, cedar, and blackberry confit.

Since 1936, the Palamà family has been making wine on their small estate in the warm climes of Italy’s deep south, in Puglia. This unoaked red is expressive, rich, and earthy on the palate, with an elegance that comes only from small productions and expert craftsmanship. With aromas of steeped plums, blackberry confit, cracked pepper and cinnamon, it is a fascinating, delicious experience.