When most people hear the word ‘Riviera’ they think of the historic French coastline, drifting all the way up to Portofino. There is another, however - the Riviera del Cònero - that promises just as much serenity and natural beauty. Home to Napoleonic fortresses, beaches that lie hundreds of stairs down hillsides, and the azure waters of the Adriatic, this stretch of Italy’s East Coast enjoys nearly 3,000 hours of sun each year, mitigated by constant, salty breezes. On the outskirts of the region’s maritime capital, Ancona, Maurizio Marchetti lives and makes wine, right in the heart of the Rosso Cònero DOC. Notably, Ancona is one of those unusual zones where the red grapes are grown proximate to the sea (in the shadow of Mount Conero) while the whites are produced slightly inland. Ergo, Maurizio also makes the 25-minute commute to nearby Castelli di Jesi in order to make his pitch-perfect tiers of Verdicchio.

Established as a DOC in 1968, 18 hilly communes make up the Verdicchio Classico, or Castelli di Jesi, region, located some 35 kilometers from Ancona. Importantly, Maurizio’s vines are located on the south side of the Esino River, near Maiolati Spontini, where dense clay often yields weightier whites (as compared to the north, where sandier soils lend themselves to lighter-bodied wines). In addition to his 8 inland hectares of Verdicchio, Marchetti also owns a single, 16-hectare site of (primarily) Montepulciano in his hometown of Ancona. His house and garden overlook the gentle, south-facing slope, so his daily work is never more than a stone’s throw away!

While, as a company, we seek out producers who set the bar at 1 bottle per plant, few take this mantra as far and as seriously as Maurizio Marchetti. A doctor of agronomy, he knows well how to convert a minority of clusters into wine with perfect balance, admirable structure, and a true pulse. Toward that same end, Maurizio employs a special pneumatic press for a single, extremely light “flower pressing.” Or, as Maurizio says with a wink, “butterflies crush my grapes with their wings as they fly by.” In addition, a few of Marchetti’s top-tier wines (ie Cònero Riserva) are actually made from free run juice: grapes are placed in a vat for 24 hours, with only the liquid provided by gravity itself going into the bottle! It’s one reason why, with 24 combined hectares, Maurizio is only producing a maximum of 50,000 bottles (a little over 4000 cases) per year. 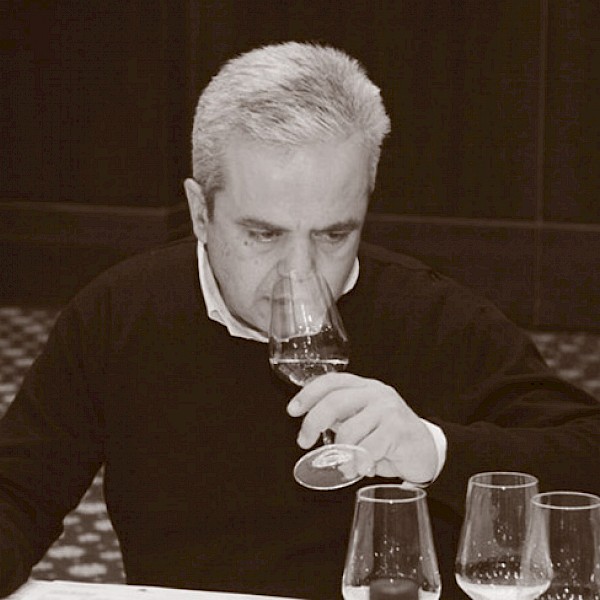 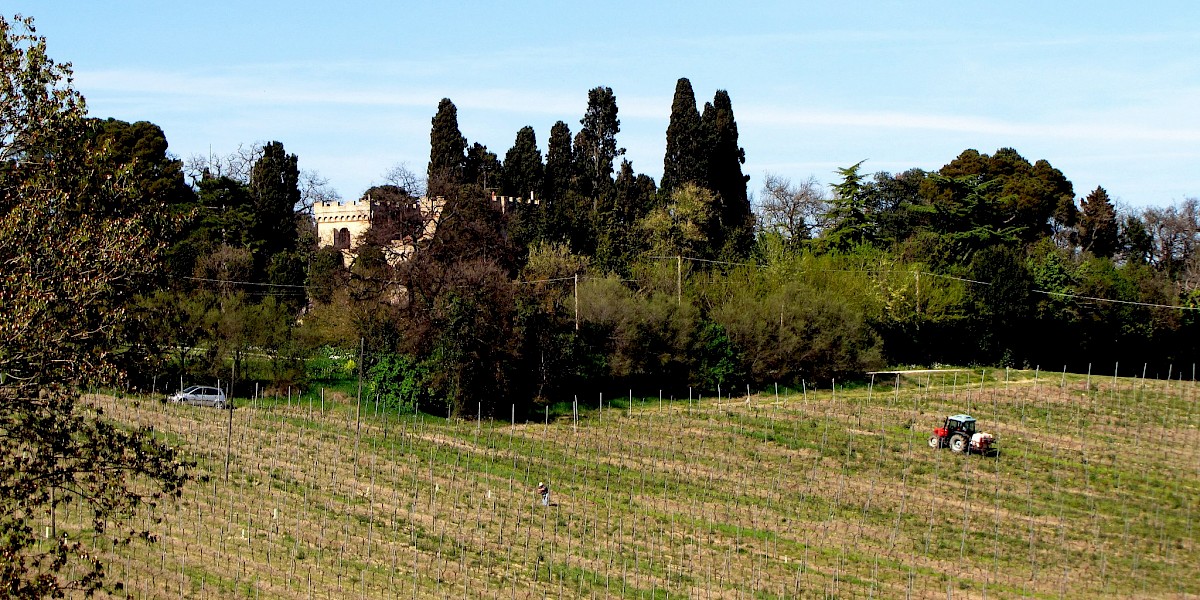 For over a decade, Maurizio Marchetti and Antonio Sanguineti have playfully competed to see who can make the best Italian wine. Along the way, neither has ever “won” their little competition, but they have earned a great respect and fondness for each other. So they decided to join forces and make a great wine together. They call it “Due Amici” - two friends. The inky, muscular complexion of the Montepulciano grape has a lush mid-palate and a long, dusty finish, with aromas of rhubarb preserves, dark chocolate, and herbs.

Light plum and smoke grace this genteel take on the Montepulciano grape. Made from grapes grown in the shadow of Mount Conero, and just a stone’s throw from the Adriatic, this wine hails from a land of sun and sea. Winemaker and agronomist Maurizio Marchetti, known for his stunning Riservas and perfectly-balanced whites, here presents an everyday affordable - perfect for easy-going evenings and summertime barbeque.

Winemaker Maurizio Marchetti is the great-great grandson of an Italian spice trader who whose many passions included wine and Chinese silks. Five generations later, he’s now a master vintner like his father, the man who helped establish the Marche region’s prestigious Conero DOC. This low yield Verdicchio is a hallmark of the varietal, with refreshing citrus fruits, playful acidity, and complex minerality. Made only with juice from a gentle half-press, it is precise and lovely, well-deserving of the storied Marchetti name.