In a little village not far from Verona, tucked into the romantic hills of Valpolicella, you will find the estate of one of the best Amarone producers in Italia - Giuseppe Lonardi. “Bepi,” as his wife likes to call him, is a fourth-generation winemaker, and he leads a beautiful, streamlined life. On average, he hand-crafts just a few hundred cases per year of each of his finest wines. Marilena smiles fondly when you ask her about her husband: “He’s a workaholic. He basically sleeps with the wine.” Matching his stride and making wine right beside him is Giuseppe’s daughter, Silvia, who additionally runs “Corte Lonardi”, the family’s cozy, four-room inn. Over the years, she has gradually taken on more and more responsibility in the cellar and is now a formidable producer in her own right!

What sets Giuseppe and Silvia apart from so many others is their ongoing devotion to old-fashioned Amarone and Ripasso. Far from being sweet and cloying, their wines display endless layers of fruit, earthy tannins, and admirable acidity, and they’re often designed to cellar for decades. Structure-driven, yet full of nuance and grace, even their Amarone maintains its poise even after a 100-day, appassimento drying process. Without a doubt, altitude plays a large role in Lonardi’s ability to maintain this classical approach. Located in Marano, the loftiest of 8 hilltop villages comprising the region’s “green heart”, Lonardi’s is the highest single estate in all Valpolicella Classico. In an era of warming temperatures, their cooler clime plays a huge role when it comes to controlling ripeness. Intent is the other half of that coin: rather than harvest their grapes for Amarone later in the season, Giuseppe and Silvia hand pick the best fruit for their top wine first (usually in early September), so that the port-like flavors of Amarone stay concentrated after drying, but the sugar content remains modest and sophisticated. 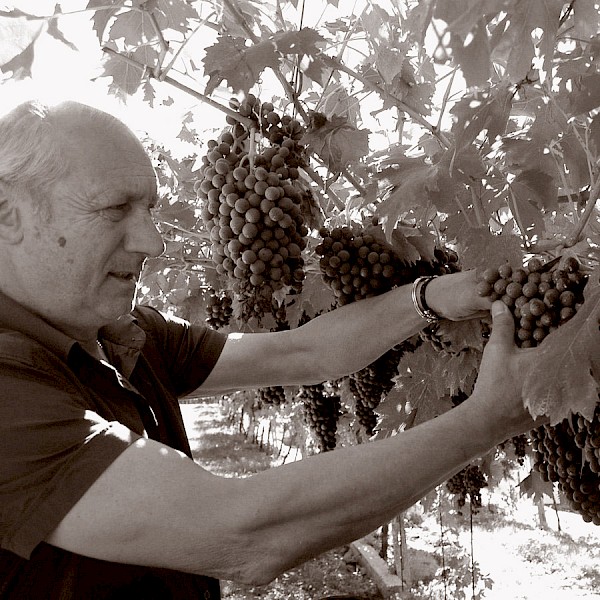 Enologist
Giuseppe Lonardi
Grapes Grown by Winery
Cabernet Franc, Corvina, Croatina, Molinara, Rondinella
Vineyard Size
7.0 ha
Winemaker
Giuseppe and Silvia Lonardi
Winemaker Biography
A true father-daughter team, Giuseppe and Silvia combine forces daily to make some of the last, old-fashioned Amarone from the Valpolicella Classico region. Given the level of care – and the number of years – that go into their wines, “hand-crafted” doesn’t quite do their process justice. Despite its small size, their estate produces wines with enormous character and presence.
Winemaker Generation
4th 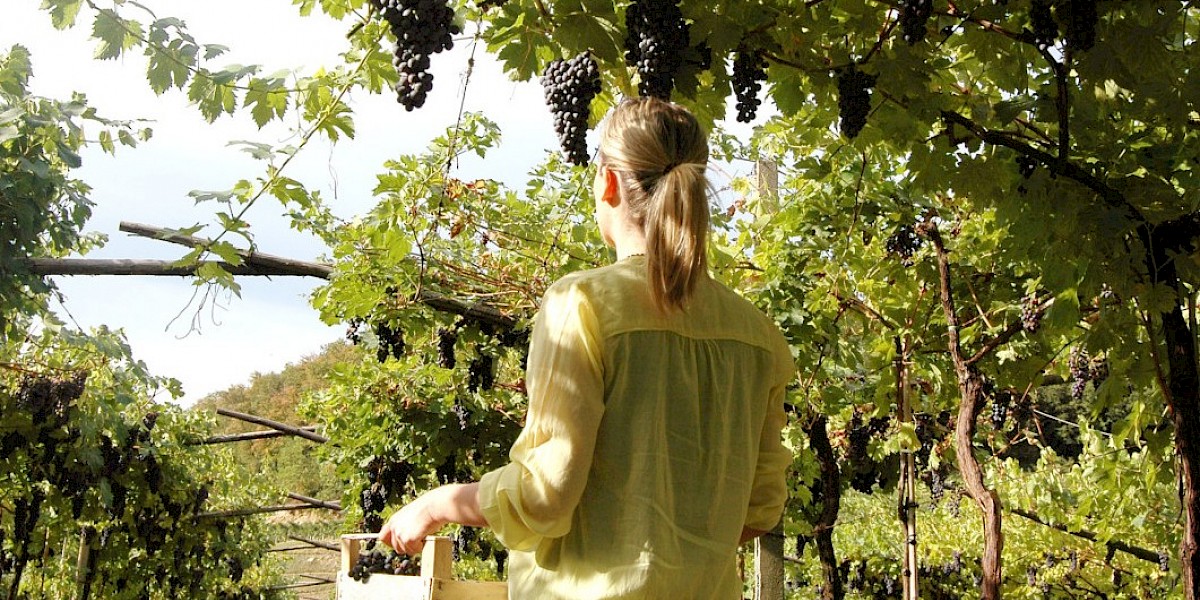 Drawing upon his high altitude and low yields, Giuseppe Lonardi crafts a breathtakingly unique, old-fashioned Amarone. Port-like and deeply concentrated, this wine still maintains an incredible acidic backbone, allowing it to age for decades. Powerful and heady, it offers up layers dried cherry, potpourri, chocolate, cedar chest, and exotic spice. The production is micro, and it shows in this monumental, luxurious wine.

For fans of Amarone comes this powerful, striking weave of Cabernet Franc and dried Corvina. The wine is both structured and elegant, with bold, dark fruit and a dusty, potpourri finish. Matured for 22 months in barriques, it’s a neo-classic Italian wine that will age for 15 years. Less than 500 cases made!

“Ripasso” refers to the re-passing of Valpolicella Classico through the pressed, raisined skins used for making Amarone. These skins are aromatic, high in alcohol and flavor, and are very valuable; that’s why true Ripasso is a small production wine. Some brands attempt to short-cut the process by adding residual sugar – but not Giuseppe. This offering from Lonardi has tiers of lush cherry, cranberry, and chocolate, along with the streamlined structure that epitomizes the native Corvina.

Even though they’re Veneto’s most important red varietals, few outside the region are versed in the outstanding Corvina and Rondinella grapes. Classically, they combine for a delightful, “dusty” palate of dried strawberries, cranberries, and even the bittersweet of rhubarb. Glycerin levels are modest in this old-fashioned Valpolicella, giving the wine a refreshing composition that’s perfect for spicy, warm-weather foods. An everyday favorite in and around Venice.