As winemaker, Henri Fabre Jr. likes to puts it, “on est né dans le vin.” Translated, this means “we were born in wine”, and after 17 generations producing in the same town, we can certainly grasp his meaning! Famous for helping create the Côtes de Provence AOC and omnipresent in the French marketplace, the Fabre family has been an icon in the south of France for nearly a century. After the estate’s official creation in 1920, Henri Fabre Sr. acquired Château de la Clapière (1928) and Château de L’Aumérade (1932), quickly morphing into one of the region’s most dynamic and stylish producers. Today, the Fabre family produces France’s best-selling, most spectacular estate grown rosés, including 2 of the region’s highly coveted 18 Cru Classés.

While Fabre en Provence is now the largest family-run estate in Southern France, with 550 hectares under vine, what is most striking about their operation is how hands-on they remain, and how their philosophy rivals a small, boutique estate. No expense is spared, and yields remain 10 times lower than most corporations. Likewise, everyone in the family plays a daily role, and together they treat each of their 6 domaines as its own destination. Most proudly, the Fabres are their nation’s largest producer of cru classé (the “best of the best" rosé), with 112 hectares planted. As a result, their surname has become synonymous with Provence.

Forming one third of the renowned ‘Triangle d’Or’ (with nearby Cuers and Puget-Ville), the village of Pierrefeu-du-Var is home to the family’s flagship Château de L’Aumérade and sits just 20 minutes inland from the Mediterranean Sea. Grapes for the Côtes de Provence blend come from three separate terroirs: 50% from this same site in Pierrefeu, with its calcareous soils that impart spiciness and Provence’s world-class acidity; 30% from the cool, seaside vineyards in La Londe, providing distinct aromas of rose petals and sea salt; 20% from Hyères, noted for its sandstone soils and Mistral winds. Here, ripening is longer, helping to create a beautifully structured, viscous mouth feel.

Enologist
Didier Mauduet
Grapes Grown by Winery
Cinsault, Grenache, Syrah
Vineyard Size
550.0 ha
Winemaker
Henri Fabre et famille
Winemaker Biography
A 17th generation producer in the storied land of Provence, Henri Fabre is a man who’s utterly comfortable in his spruce French shoes. Working side by side with his sister and her family, Henri helps maintain their 6 shared domaines, along with their well-earned reputation as one of the icons of modern French rosé.
Winemaker Generation
17 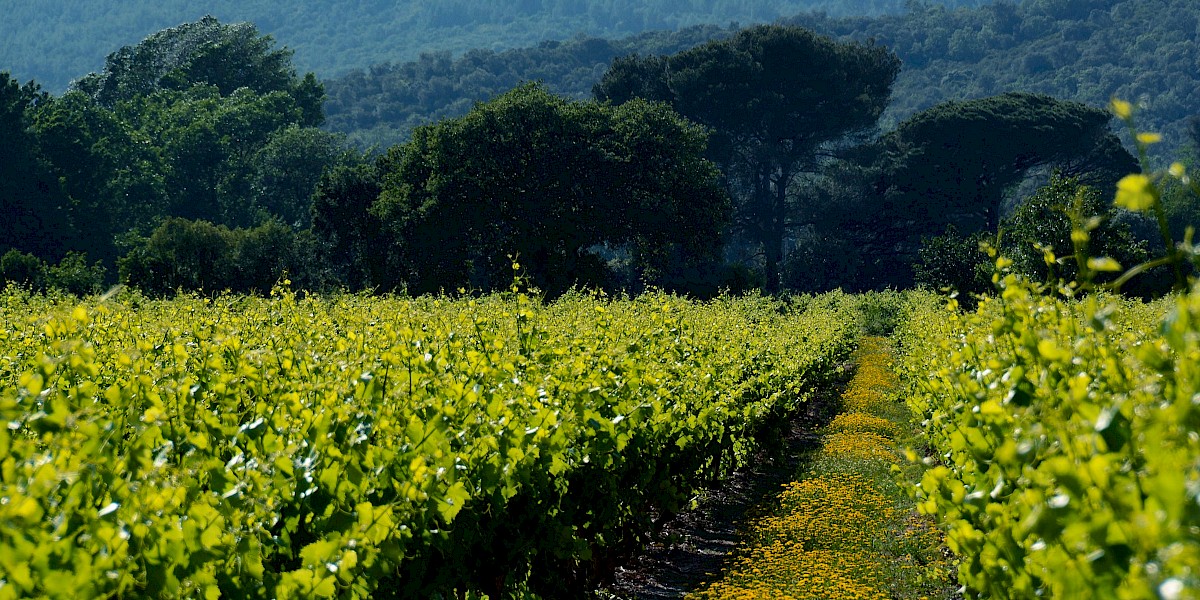 Fabre en Provence, led today by Henri Fabre and his family, produces the best-selling estate grown rosé in all of France. For 17 generations, they have produced wine on their spectacular property near the coast. In fact, so synonymous are they with the appellation that they helped found the Provence AOC. This bright and racy wine has a pleasing, lush mid-palate with a bit of raspberry and pine on the finish - sheer beauty in the glass.

Enology at the Château de l’Aumérade dates back to the 1st century A.D., and the Fabre family has 17 generations of winemaking history under their belts. Today, they produce France’s most popular, best-selling estate-grown rosé, including 2 of the region’s 18 cru classés. Aromas of rose-water, white peach and pencil lead precede a bold, bright structure that’s fruity and alive on the palate. A true class act for the passionate rosé connoisseur.